ORBS IN THE CHURCH: A Demonic Explosion Within Her. 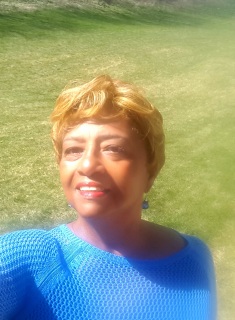 My First Encounter with an Orb by Pam Sheppard

I don’t know when and how I knew that these round circles with lots of dots in them  are what occultists call“orbs.”  When I looked at the photo of the church in Denmark, I could see the same image, 20 or more times over.  (See the first 2 photos below) The pastor labeled the orb on my storefront church  with the word “angel”.

The pastor’s email  was rather interesting because of its timeliness.  I had begun to suspect that demons were in my church as I saw some demonic faces peering at me behind the floral arrangement in front of the window, and also behind the altar.  When I received the email, I was planning to  move the church out of the storefront, not just for that reason but for several others that need not be mentioned at this juncture.

Anyway, I certainly did not believe that this was an angel.  On the contrary, I suspected that it must be a demon based upon what I perceived occurring in my church.  Since we moved a few months later, I didn’t dwell on “the image.”  So I forgot about it until recently.

SO WHAT IS AN ORB?

According to photographers, researchers, scientists and New Agers,  an orb is a luminous
circle of light that can be photographed, taken with or without a flash camera.  They range in size from tiny to an average of two to 5 inches in diameter.  Various websites connect the orbs to aliens and ghosts, while the Christian pastor in Denmark believes that the orbs are “angels.”

Researchers and professional photographers indicate that the orbs are not lens flares, nor are they dust or pollen particles in the air.  The strange part is that orbs have predominately been photographed and even seen with the naked eye at occult conferences, in graveyards, masonic lodges and caves.

So my question  is, “why are orbs  now showing up in photographs taken in churches?”

Skeptics reason that the orbs appear in high places and that may have something to do with the camera.  Not so.  My storefront church has low ceilings yet there is an orb that manifested on the film.  Some say that they are only visible at night in dark places.  Yet, the picture of the storefront church was taken in the daytime.  Below are some other pictures of orbs taken in a masonic lodge, and other religious settings. I have in my possession, several more pictures—some taken at the Notre Dame Cathedral, another in a cemetery and some in caves, and other “spiritual” buildings.

Here is the picture taken in the storefront.

The picture below is the pastor’s church in Denmark.  There are at least 20
or more orbs in this photo. 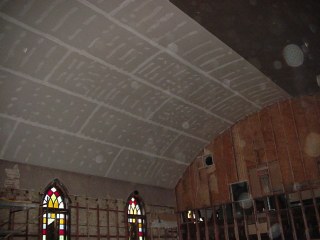 I also have a picture packed away in a huge box that were taken in the denomination I was ordained in. On the photo, are orbs but these are orbs with faces in them  They remind me of the cartoon, “Casper the Friendly Ghost,” only their mouths are in a scornful, mocking grimace. Here are a few more pictures of orbs taken in “spiritual” places:

So, what do I think this all means as it relates to the organized, institutional church?

I was born again at home in 1977, never having attended a church a day in my life.  In 1979,   I received 3 dreams that guided me to a particular church—messages that I “assumed” were from God.     In 1983, I was called out of that church, and then again in 2003.  The first time I was called out, I was at a Kenneth Copeland Believer’s Convention held in Atlanta.

Asleep in my hotel room, I was awakened by a bellowing, booming voice that sounded like mighty waters, loud trumpets, and thunder ALL AT ONCE.  I jumped out of the bed and hit the floor where I bowed down on my knees.  The voice of thunder only said 3 words: COME OUT, SEPARATE. Must have said it 20 times or more.

I came out of the church a few weeks later,  but I went back to the same Denomination in 1987, where I caught un-holy hell for the next 17 years until God stepped in and led me out in 2004.  I waited for 2 years for the Lord to lead me to affiliate with a different church system.  Not only did He not do so, but  when He spoke again, the Lord compared the church to “a condemned building.” He has also revealed that “He NEVER sent me to the Denomination  in the first place and that the 3 dreams that led me there “WERE NOT FROM HIM.”

Once I was out, I thought to “go back for a visit.”  The Lord spoke again, this time asking me a 4 letter question that brought the fear of the Lord upon me.  He asked, “Are YOU Lot’s wife?”

After hearing that question, I won’t even step inside of a church building for a wedding or a funeral.  By nature, I am a balanced, rational, non-obsessive personality.  However, regarding entering church buildings, I am adamant to the right side of obsession.  I don’t tell others what to do or not to do.  I just take care of ME and I keep Lot’s wife ever before me in my conscious and unconscious mind.  When a close relative died 7 years ago, I walked into the church building, looked at the body for less than a minute and I walked out—very, very fast.  I sat in the car until the funeral was over.

As such, I don’t attempt to cause others to be as adamant as I am about on this matter.  I pastor and mentor members of my online fellowship called RESCUE. On occasion, I make contact with people   who agree with me on most points yet they admit that they see nothing wrong with going to church, and I do not contend with them about this issue.

Recently, one of my clients stated that “her church was different.”  I simply advised her to  “go and take some pictures.”   She did.  Here is the photograph of her church.  It is filled with orbs.  The biggest one is on the far right of the stage.

So what do I believe is happening??? I suspect that the fact that orbs are now manifesting in churches is a sign that devils and demons have taken over ALL Christian pulpits.  Church buildings are like haunted houses—filled not with ghosts but with evil spirits.

Certainly, demons have been attracted to churches for centuries and so that is no surprise. Moreover, doctrines of demons are many.   However, I believe that  demons literally  “took over” when the church began to preach an “I accept Jesus” doctrine, taking salvation out of the hands of God and putting eternal life into the hands of man.  This is the reason why ALL churches are affected, in every nation of this world.  A few centuries ago, a New York preacher, Charles Finney allowed the demons to use him to bring “a new gospel” into all churches.”  If you have ever said, “I accepted Jesus,” you too have been affected.”  None  are exempt. I was because the gospel was not preached to me in church or by anyone who goes to church.

So if you think that your church is the exception, I suggest to you that the next time you enter the building,

If you are being led out of the organized church, we would love to hear your story by sending an email to rescueonfb@icloud.com. If you have questions about this post call 1-888-818-1117.

For more info on subject, you need the book entitled“the Church of the Endtime Zombies.

This entry was posted in orbs. Bookmark the permalink.

6 Responses to ORBS IN THE CHURCH: A Demonic Explosion Within Her.

We perceive the resurrection of Jesus Christ as the solution to all spiritual deception.

Our articles and videos strengthen God's people to stand against the tricks of the devil. We are in pursuit of truth and freedom in Christ.

We perceive the resurrection of Jesus Christ as the solution to all spiritual deception.

Our articles and videos strengthen God's people to stand against the tricks of the devil. We are in pursuit of truth and freedom in Christ.

A Ressurection Power Group: To live through and overcome what is coming, WE MUST PREPARE! Remember Joseph and the famine!

seeking online ministries and those called to minister to edify and train the Remnant to build the body of Christ in these times via anointed products: audios, videos, lectures, courses, workshops, ebooks, deliverance counseling and more.

Prophetic Word for 2013: The Great Fall

A Nation Brought To Bended Knee

Poems from the Heart

Poems of life and Poems about The News

The latest news on WordPress.com and the WordPress community.